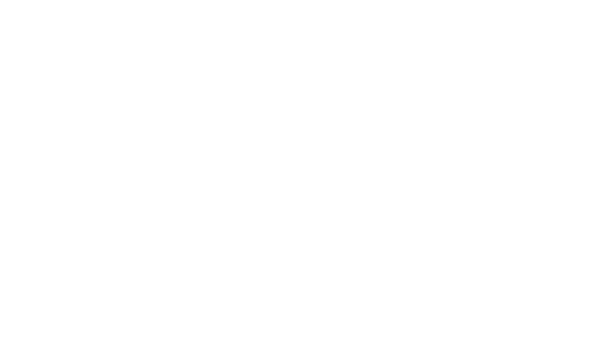 In 2015 Police Scotland upgraded to the web-based version of Gauge having used the previous desktop version for many years and then subsequently as part of their amalgamation of forces they modernised the SJC scheme. Gary Durkin, Pay and Grading Manager, describes the thinking behind the decision to upgrade their solution and what benefits they have had so far.

We have been using Gauge supported job evaluation schemes in Scottish Policing since 2003, but we have also used other Job Evaluation tools such as HAY.

We were required to evaluate all of the staff roles in Scotland on the merger of eight regional Police Forces in Scotland, as well as the specialist services of the Scottish Police Services Authority (SPSA), including the Scottish Crime and Drug Enforcement Agency.

Police Scotland and the Scottish Police Authority (SPA) were established on 1 April 2013 and they are responsible for policing across the whole of Scotland. This covers some 28,168 square miles, which is a third of the United Kingdom’s landmass with a unique range of urban, rural, island and remote communities. Police Scotland/SPA is now the second-largest force in the UK after the Metropolitan Police with a workforce of 23,000 officers and staff.

The former regional Police Forces and Agencies all developed their own unique pay and grading structures and sets of terms and conditions to support their local organisational structures. All of these organisations used different job evaluation approaches, and there was very little commonality with the organisations.

The key issue that we faced was developing a uniformed pay and grading structure for Police Staff, along with a set of uniform terms and conditions. The catalyst for this was equality and fairness, along with the practical issue of having staff on different rates of pay and terms and conditions for undertaking broadly similar work. Our duties in terms of the Equality Act (2010) were also central to our motivation to move our staff to a common pay framework as soon as possible to eliminate any risk in terms of equal pay/equal value.

I was given the task of leading on the job evaluation and pay and grading aspects of our modernisation project, and I took charge of our job evaluation resource. The major challenge for the team was evaluation over 800 roles, undertaken by 6,000 members of Police Staff throughout Scotland from a central location in Glasgow. The move from regional to national delivery was a significant challenge for the team, and we were also tasked with developing interim solutions to pay and job evaluation from the establishment of Police Scotland and the Scottish Police Authority.

We have been using Gauge since the foundation of Police Scotland and SPA, but we have been using our current online version of Gauge since 2015, and we use the 3rd Edition of the Scottish Joint Councils’ (SJC) Job Evaluation Scheme on the Gauge platform. We did undertake some development work on our version of the SJC Job Evaluation Scheme to better reflect the demands of our staff population, and we undertook this work with the architect of the scheme, and Pilat. These updates although not fundamental to the scheme did make the software more relatable to a modern Policing organisation.

We have used Gauge to evaluate all of our discrete Police Staff roles within Police Scotland and the SPA, and we have used the system to support our modernisation project and our business as usual requirements.

We use Gauge to undertake all of job evaluation work under the level of Director, and we have used it to inform and underpin the development of an interim pay and grading solution, and our new pay and grading structure, which was implemented on the 1 April 2019. This pay structure was the first common pay structure for Police Staff in Scotland.

Our chief goal in using Gauge was to develop a uniform pay structure for Police Staff and to use this structure to underpin our entire staff modernisation project. We also wanted a job evaluation approach that would support the organisation for the next decade or so with our business as usual requirements for job evaluation.

We had significant experience in using Gauge as a job evaluation tool before in both Strathclyde and Lothian and Borders Police, and we had no concerns with the use of the tool. We knew that Gauge was a good product and vehicle for articulating our job evaluation scheme.

The obvious advantage of using Gauge was previous use and the fact that it had been previously used in our two biggest Police Forces. The Police Staff Council Scheme had also been used by Grampian Police and therefore the use of Gauge based JE systems dominated Scottish Policing. The practical advantage was that most of our key roles had been previously evaluated by using a JE Scheme that used the Gauge platform, and the uninterrupted use of the software gave Police Scotland and the SPA a continuity of use, which definitely seemed to be an advantage. This was recognised by our legal advisors and it was supported by our recognised Trades Unions.

We typically use Gauge in two ways; to evaluate roles via job descriptions, questionnaires and other submitted documents or by undertaking one to one interviews with staff. New roles are typically undertaken via job descriptions and discussion with line managers and confirm the evaluation outcome through a one to one interview six months + from appointment.

Gauge is currently used by myself, a small group of job analysts (3), two admin staff, and 2 HR/Reward Analysts.

It would take 3 to 6 months for members of staff to get up to speed with Gauge, and I would expect a job analyst to be able to lead on a job evaluation within 6 months

Gauge has enabled Police Scotland and the SPA to evaluate all of the discrete roles in a reasonably quick time frame, and it has successfully underpinned both our new pay and grading structure and our modernisation project. It is an easy system to use and navigate and it has the best functionality in terms of analytics and reporting of any job evaluation software that I am aware of.

The changes that we have made to our specific software shows that it is adaptable and flexible as a job evaluation tool. I have used the software since 2003, and I have been impressed by the increased functionality since we started using the online software. The administrative aspects of the software are reasonably straightforward to use, and it is easy to review and reassess job evaluations.
The ability to look back over the history of a job evaluation is also useful and the ability to upload related documents is a bonus feature.

We have undertaken a significant amount of awareness sessions over the last two years to managers, the Trades Unions and most recently Appeals Panels, and they have all been impressed by Gauge as a tool for evaluating roles.

I would recommend both Pilat and the software to a friend and colleague. It is a user-friendly job evaluation tool that enables Scottish Policing to manage its requirements for job analysis in supporting Police Staff pay. The software is robust and analytical and it has superb reporting functionality.